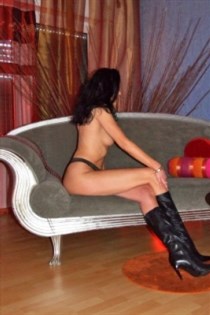 Been with g/f now for 2 half months.At first she played games..i knew she fancied me..but wouldnt let me date her!

I wonder if he's telling me this stuff on purpose to make me jealous. So far, I haven't reacted at all. When he called me today, I didn't answer. I didn't want to hear anything else about a "girl-friend" he was probably with. I'm not a jelous person. So if this was his plan, the only thing he has achieved is making me avoid him.

I am a new member of this forum. I often read posts but I have never ever posted on a public forum. But right now I am just so confused and I think I need some words of wisdom to snap me out of my downward spiral.

If you think it is too fast then tell him you want to take it slower. It depends how you feel about everything.

and one of my favs for you tummyfan..enjoy.

It's not a frequent occurrence. I've had two boyfriends take the "storm out" approach. One was 5 years ago and he was an alcoholic that would pick fights and then leave because he had a quick temper, or he would get very upset if I asked him about where he had been. The other guy was a couple years ago and he had a hot temper too. He had a huge ego and refused to take blame for anything. I will bear some of the blame for that situation though because, as weallfalldown wrote, I used to want immediate resolution. I've learned from that, through trying my best to avoid arguments that are likely to escalate.

It doesn't really sound like you're anything much aside from a friend - maybe a FWB if you have been intimate?

"Took a break from work to give Candy a shot for a 1 hour incall.

I know guy #1 is the right choice in "reality" but guy #2 is MY ideal guy. This is a battle of my heart and my head.

I guess it's just a shame I had to learn that lesson with this particular girl.